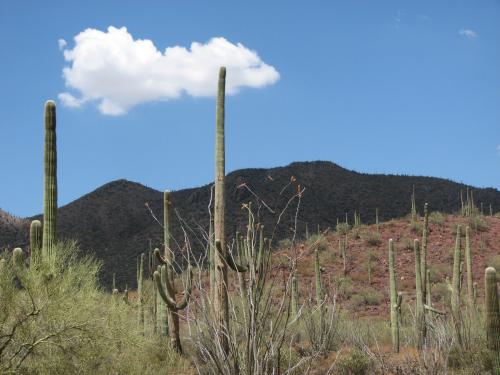 Check into the hotel throughout the day. Explore Tucson, Arizona, one of the most bike friendly large cities in the U.S. with designated bicycling streets and numerous bike paths and designated bike routes. Tucson is surrounded by saguaro (cacti) forests and mountain peaks with the excitement and amenities of a thriving city. Enjoy unique Southwestern cuisine, arts and shops. Meet around 4:30pm for the welcome meeting and dinner.
Dinner: 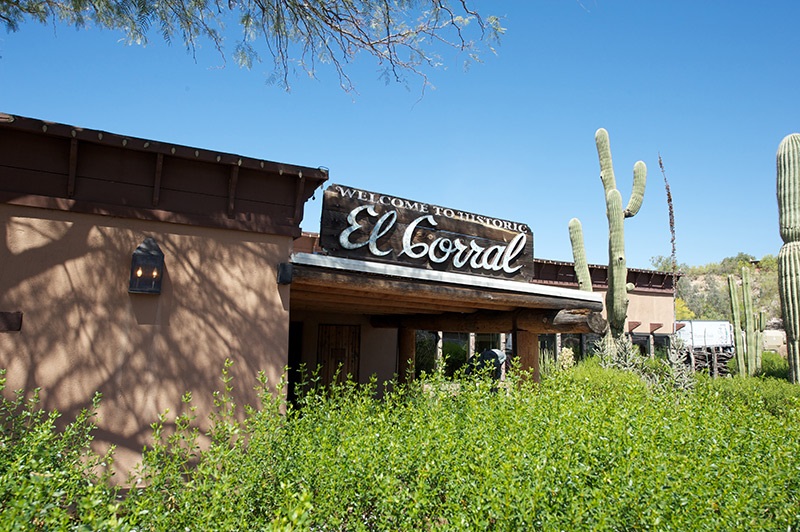 El Corral
-One of the oldest restaurants in Tucson, dating back to the original restaurant on the site in 1926-
Tucson, Arizona
Salad:
El Corral Garden Salad

Entrée choices:
* Prime Rib - Over 50 years of experience has taught El Corral how to make the most tender and delicious prime rib around. Slow roasted, we serve it with au jus and uncut horseradish.
* Shrimp Special - Large shrimp grilled on our mesquite fire.
* Tucson Chicken Breast - Mesquite grilled chicken breast stuffed with green chilies and cheese
* Salmon Fillet - A fresh cut of salmon served with lemon and butter 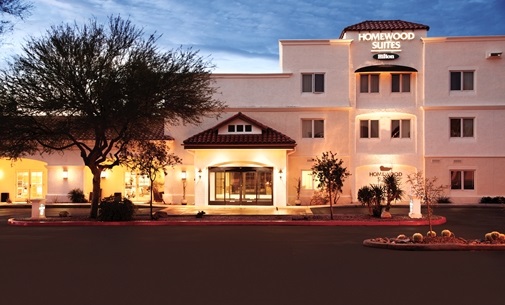 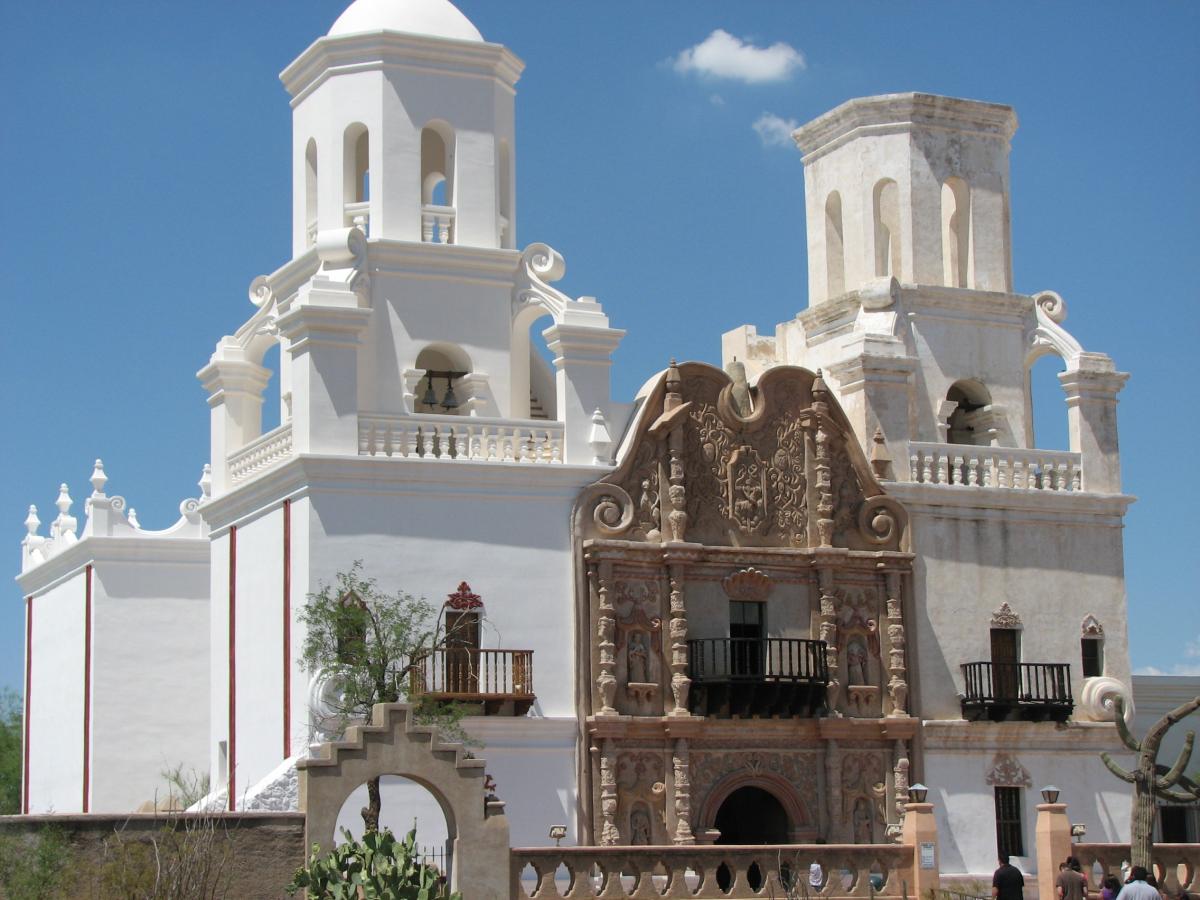 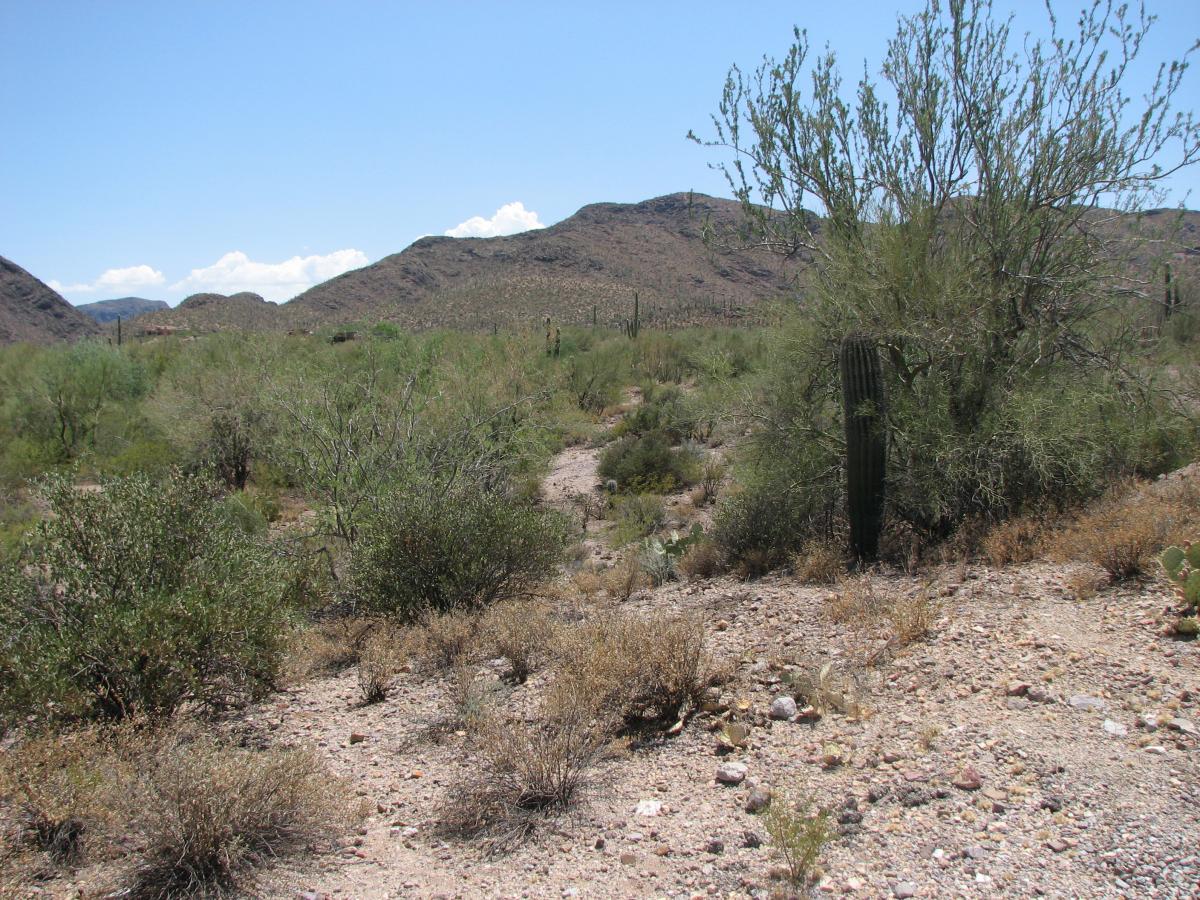 Bicycle from hotel and immediately join "The Loop" bike path as we head to the awe inspiring beauty of the Mission San Xavier de Bac, riding primarily on bike paths overlooking the Rillito River and the Santa Cruz River.  Make a stop at the Mission, known as the White Dove of the Desert, which can be viewed for miles before arrival. Stop to take pictures of the church, visit the gift shop or get a bite to eat at the small local restaurant.  The church was originally built in 1783 and has never been completed; though, it has been in continuous operations. Continue riding south and view the mountains and what appear to be mountains, but are actually two huge copper mines. Enjoy the city of Green Valley which is one of the most popular destinations for people spending the winters in the Southwest.
Bicycling Route: 0 miles, taking the SAG van to the next hotel; or 27 miles, riding from the hotel in Tucson to Mission San Xavier Del Bac (mostly on bike paths); or 51 miles, riding to Mission San Xavier and then continuing on very low traffic roads to the hotel in Green Valley (including one of the most spectacular 2.7 miles downhill rides on Helmet Peak Road.)
Lodging for Sunday: 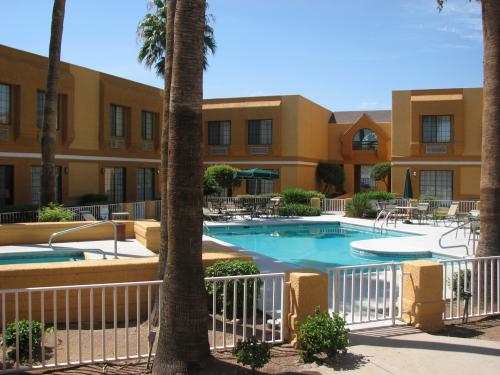 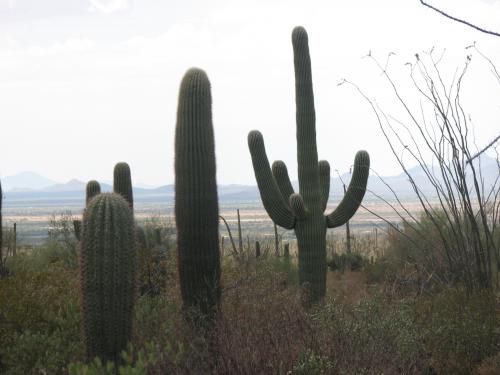 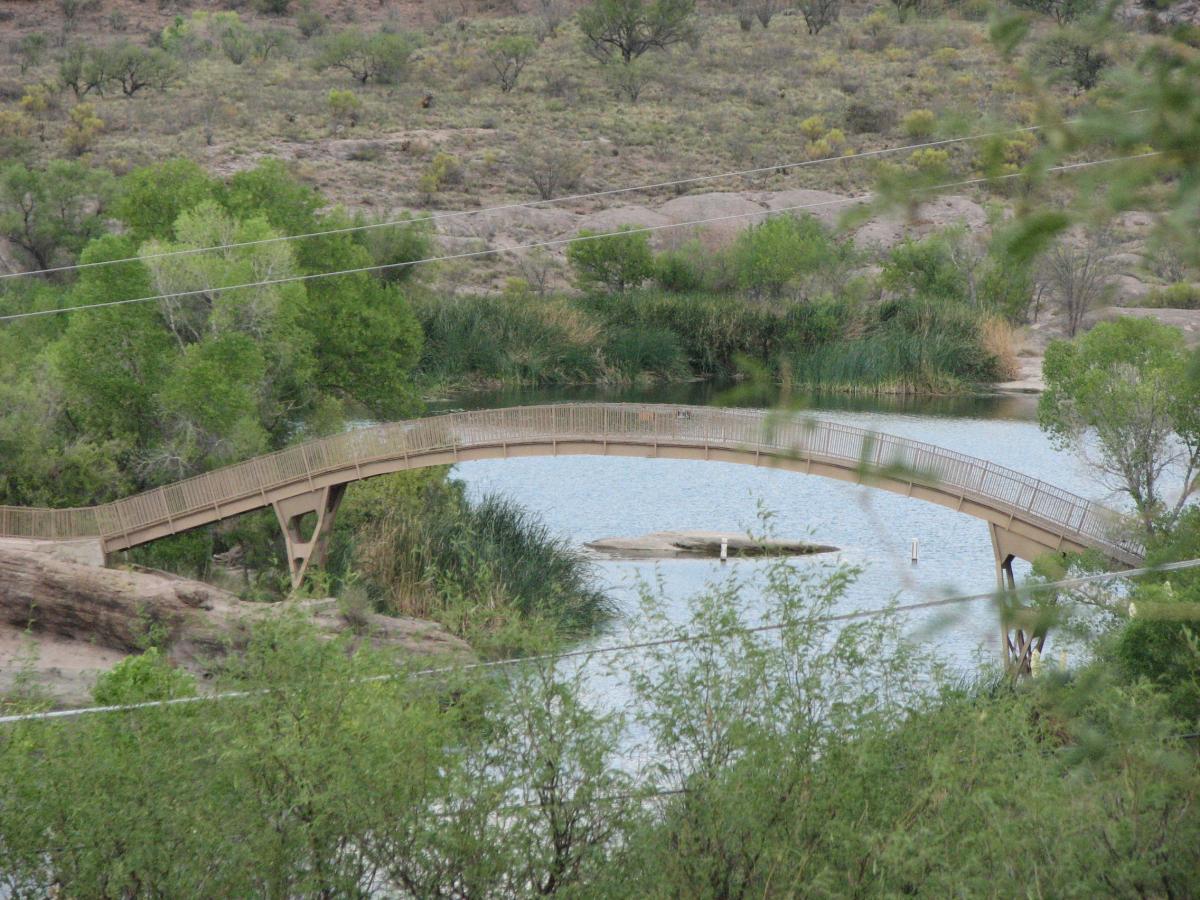 Head further south to Rio Rico, enjoying the desert views, while always viewing the mountains in the distance. Take a stop at Tubac, which was established in 1752 as a Spanish presidio. Working artists with art galleries, working studios and gift shops now surround the area that once served as the home for a Spanish military garrison. Have a bite to eat at one of the many small locally owned restaurants including Tubac Deli & Coffee Co. that makes some of the best homemade pastries anywhere in the U.S. Take a stop at Tumacacori National Historic Park, which was the first Anglo settlement in what is today Arizona.
Bicycling Route: 0 miles, taking the SAG van to the next hotel; 20 miles, riding from the hotel to Tubac (riding on one of the most popular cycling routes in Arizona); or 33 miles, taking a stop at Rio Rico and then continuing on to the hotel in Rio Rico also taking another optional break to see the Tumacacori National Historic Park)
Lodging for Monday: 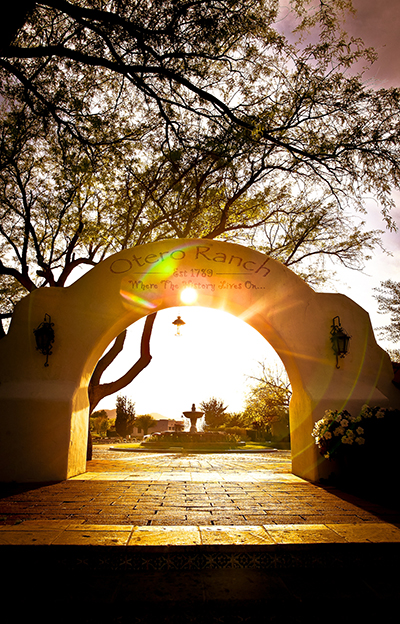 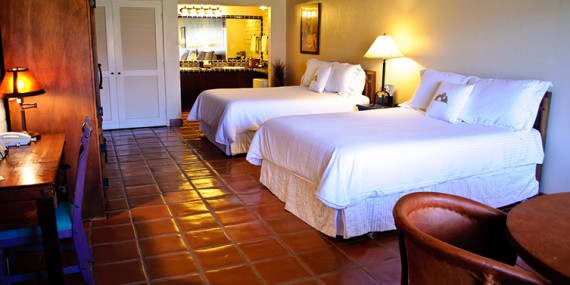 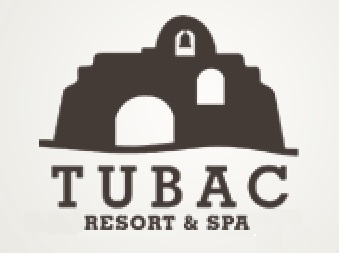 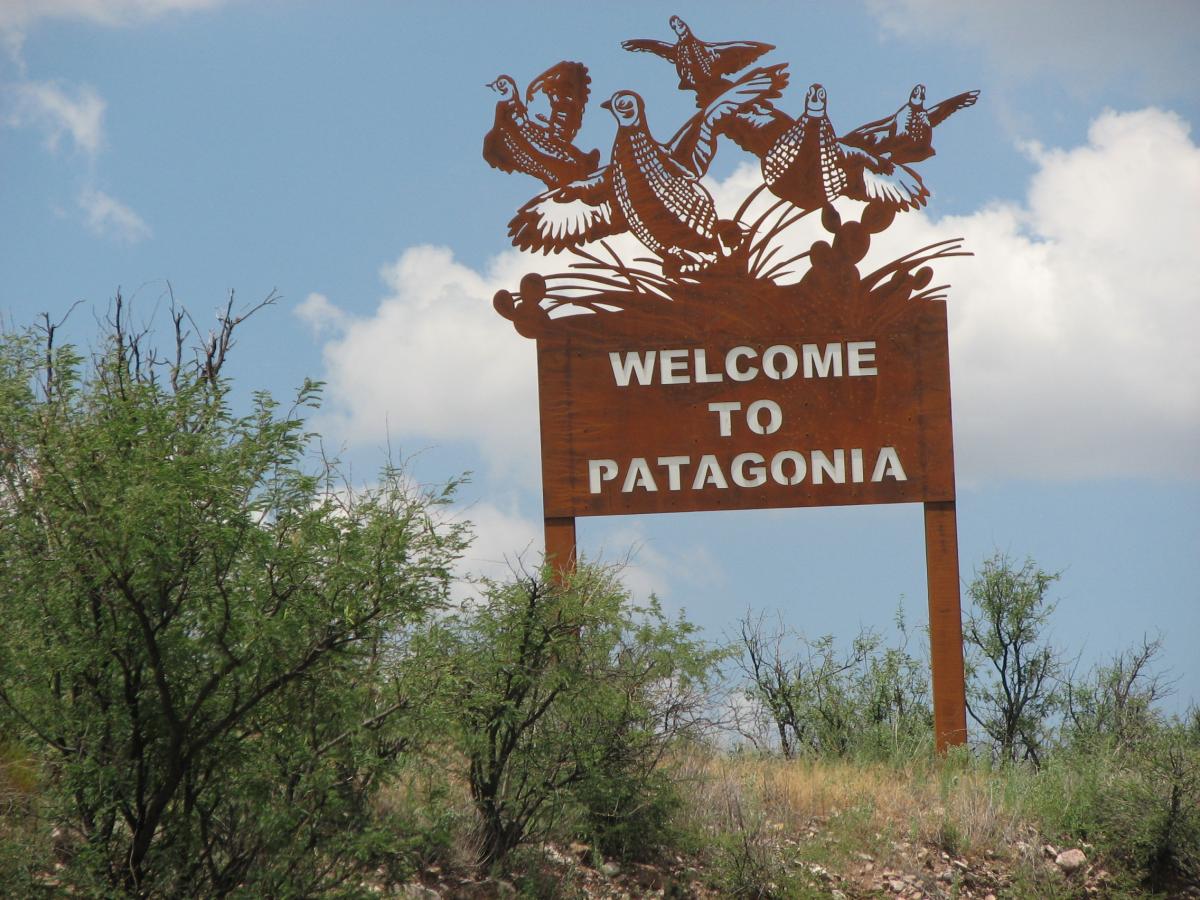 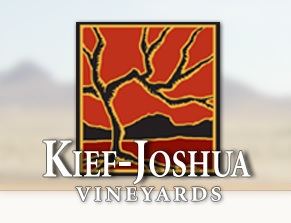 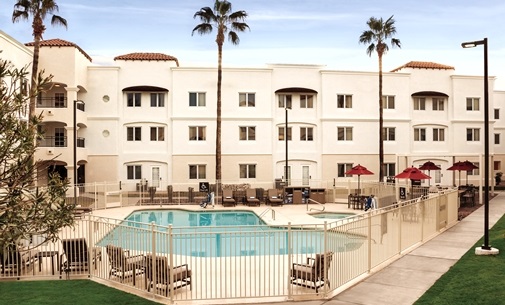 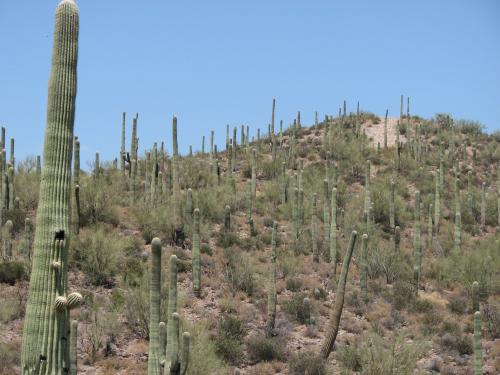 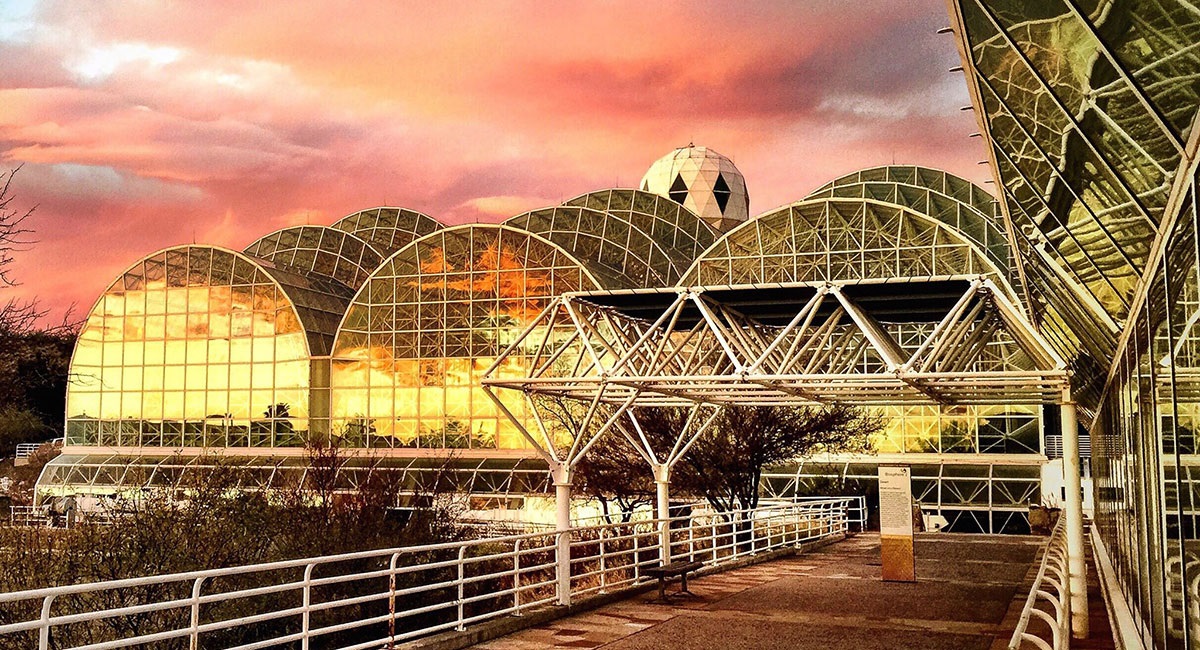 Experience a Free Day to explore the various tourist destinations in the Tucson area on your own, including the eastern or western side of the Saguaro National Park, featuring large saguaro cactus; the Pima Air & Space Museum with 80 acres of aircraft or the additional "Boneyard" Tour featuring 4,000+ planes on 2600 acres; Biosphere 2, which was originally built to show the viability or human life in outer space in an enclosed ecological structure; Tombstone, known for its western history and the shootout at O.K. Corral reenactment; or if you are very adventurous climb/ride down Mount Lemmon.
Bicycling Route: Free Day
Lodging for Saturday, Tuesday, Wednesday & Thursday: 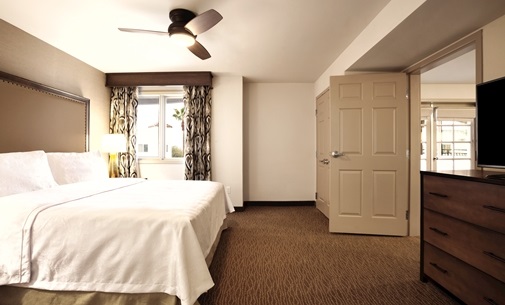 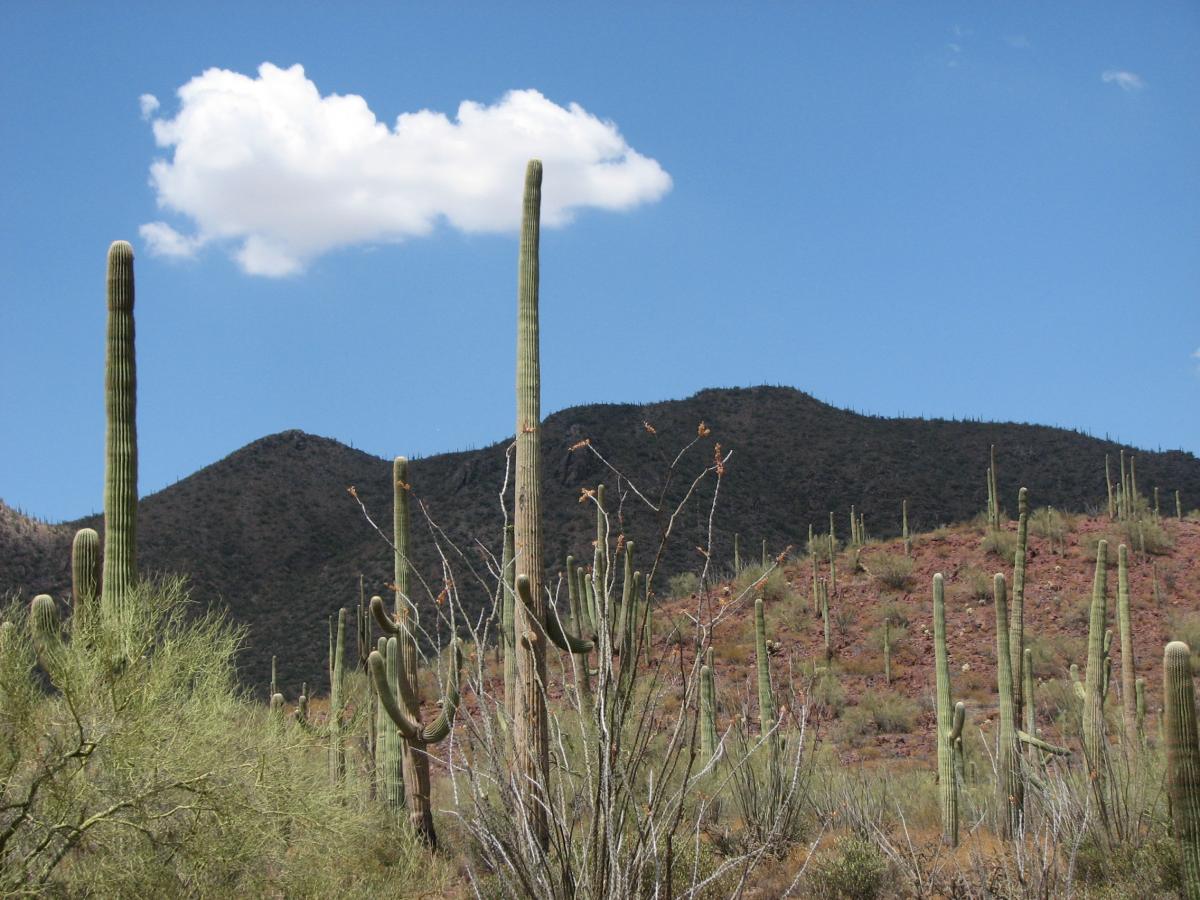 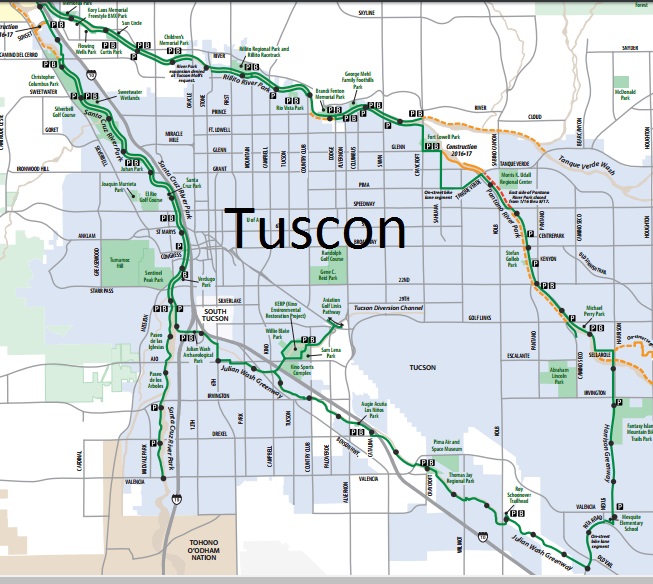 After eating breakfast, we ride around the entire city of Tucson on "The Loop" bike path, riding past 28 parks and following rivers on one of the largest connected bike paths in any city in the U.S.
Bicycling Route: 0 miles, staying at the hotel; 27 miles, riding from the hotel to the PIMA Air & Space Museum; or 52 miles, riding the complete route encircling the city from and to the hotel.
Lodging for Saturday, Tuesday, Wednesday & Thursday: 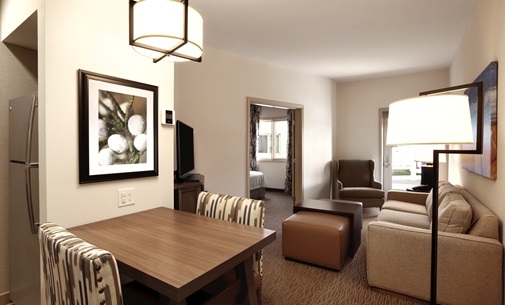 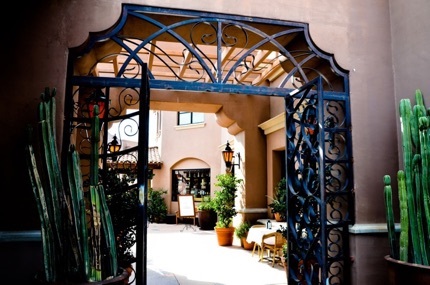 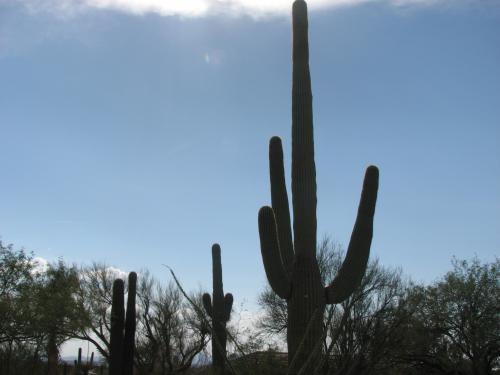 Wake up in Tucson and ride on your own throughout the city or enjoy the pool before heading home.
Please note all trip information is based on previous trips and/or contracted lodging and restaurants and is subject to change based on availability or specific trip needs.
Riding difficulty:

Riders who are comfortable riding at least 10 miles per hour should have an enjoyable trip. We have designed the routes utilizing bike paths wherever possible with the first and last day utilizing bike paths. Though we are surrounded by mountains the routes were designed to have very little climbing as possible since we are in the foothills. Of course, if a rider is tired or does not feel like riding, the SAG vehicle will transport the rider to the hotel. All routes are on paved bike paths and low-volume roads. All riders may ride at their own pace, slow or fast.

Drive to the Homewood Suites by Hilton, Tucson/St. Philip's Plaza, 4250 N Campbell Ave, Tucson, Arizona, leaving your car at the hotel for the duration of the trip.

Arriving by Plane:
Fly directly into Tucson International Airport, then rent a car and leave it at the starting hotel for the duration of the trip; or take Uber or Lyft to the starting hotel.
Deposit:
What's included:
Bicycles:
Weather in October in the Tucson area: